You are here: Home / Company Research / Tata Motors: Will You Play Devil’s Advocate for Me?

Rolf Dobelli wrote this in The Art of Thinking Clearly…

Have you ever bitten your tongue in a meeting? Surely. You sit there, say nothing and nod along to proposals. After all, you don’t want to be the (eternal) naysayer. Moreover, you might not be 100% sure why you disagree, whereas the others are unanimous – and far from stupid. So you keep your mouth shut for another day.

When everyone thinks and acts like this, groupthink is at work: this is where a group of smart people makes reckless decisions because everyone aligns their opinions with the supposed consensus. Thus, motions are passed that each individual group member would have rejected if no peer pressure had been involved.

Nowhere do you see groupthink than in the world of business and investing.

Whether it’s the case of a CEO allocating capital, or an investor doing so, it’s easy to fall into groupthink and allocate precious cash on things that “seem” right because others also think so, rather than those that “are” right.

This cartoon does a great job of explaining groupthink in the stock market…. Inversion and Groupthink
As Charlie Munger has said so often, a lot of bad decisions in life and investing can be avoided if we use the power of inversion to understand what may not work rather than only focusing on what may.

Buffett did this in his 2013 shareholder meeting, when he invited one person to play the devil’s advocate and raise bearish points on why investors must NOT buy Berkshire’s shares.

As he wrote in his 2013 letter to shareholders – “To spice things up – we would like to add to the panel a credentialed bear on Berkshire, preferably one who is short the stock.”

He then selected a noted money manager Doug Kass to bet on Berkshire’s stock’s decline and to challenge the value of the stock that had gained twice as much as the US stock market in the preceding year.

Now, while Kass may have had a tough time being a bear on Berkshire – a company that is such a treasure chest of assets and earnings stream – it’s easier to find reasons not to buy most other stocks out there.

Will You Be a Bear on Tata Motors?
I first bought Tata Motors in March 2009 at Rs 28 and sold it at Rs 70 in May 2009, thinking the stock had run up too fast too soon given that the business fundamentals were still weak, especially in the company’s global markets.

Then as its subsidiary JLR was just starting to show some sparks of improvement, I bought the stock again in January 2012 at Rs 193. The stock is up 95% since then, again thanks largely to JLR.

So, as a shareholder in the company, I am happy to read things like this… …and then happy again to see this…

Tata Motors’ standalone financial performance worsened recently with the company’s domestic business (excluding JLR) reporting a big quarterly loss in September 2013. In fact, the domestic business has suffered losses for three of the past four quarters.

Despite this, and driven largely by JLR’s success, the stock has appreciated around 60% since its low in April 2013.

I still find the stock’s valuations to be enticing enough, especially given these reasons…

Given this, I bought some more of the stock recently and still looking to buy more.

Now I want you to help me avoid any confirmation bias by playing the devil’s advocate and challenging my thoughts and assumptions on the company. 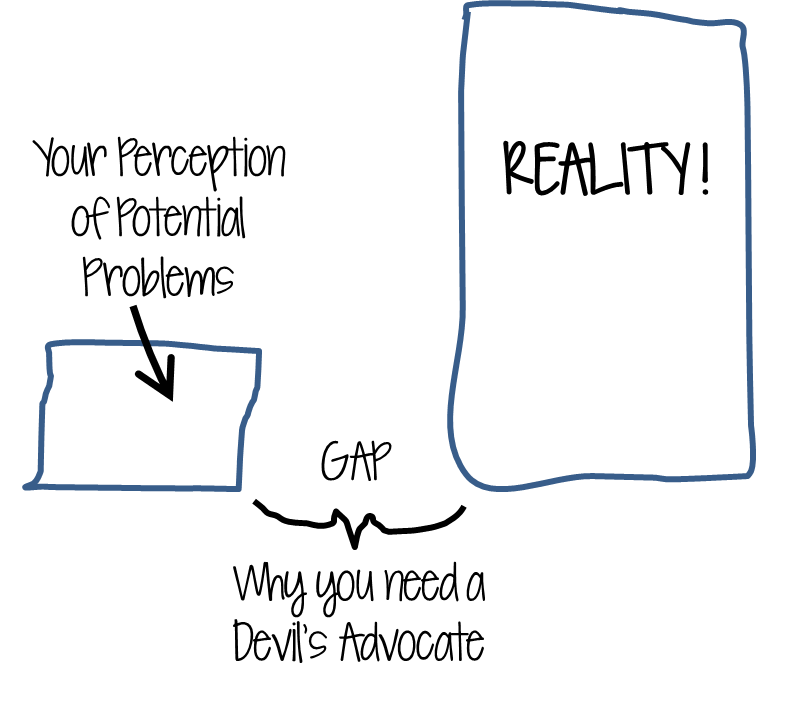 You tell me reasons why I must not buy more of Tata Motors and instead sell what I have.

I see this as an interesting exercise, and plan to extend this to a lot of other stocks in the future. This, I believe, would help us tune up what Howard Marks calls our “second-level thinking”.

As he wrote in his brilliant book, The Most Important Thing…

What is second- level thinking?

In short, second-level thinking means looking at the other side of the picture by inverting our thoughts or inverting the questions others are asking.

Tell me in the Comments section below the reasons you think I made a mistake to buy Tata Motors and instead why should I be selling the stock.

I am all ears.

Statutory Warning: My analysis may be injurious to your wealth, if you don’t use your own brain before acting on it. So please be careful! And by the way, please don’t treat what you read here as a recommendation to buy or sell any stock.